Plastic containers in various forms such as feeding bottles, sippers, tiffin boxes, storage containers, packets, and much more are in regular use in our day today life. Plastics are use throughout a man’s lifecycle – From birth to oldage. These plastics are purely made of chemicals. Can these chemicals interfere in fertility?

Now- a- days increased cases of infertility, PCOS, menstrual disturbances have been on the rise. It was reported that nearly 40% of all infertility cases have no apparent cause. This lead researchers to do more study in determine the cause so as to prevent the infertility issue. The study results were shocking! They said, there is the possibility that an increase in plastics use in everyday lifestyles could be a contributing factor, causing an increase of infertility worldwide. After all, most plastics contain toxic chemicals that has been shown to have a negative effect on the body’s immune system and even hormone regulation.

Most of the plastic dishes and storage containers are leaching chemicals into their food, especially if they’re using any hard plastic that’s “shatterproof.” These plastics contain Bisphenol A (BPA), a chemical that, once ingested, mimics estrogen in our bodies. BPA is gaining global attention as an environmental contaminant that impacts health owing to its widespread exposure and endocrine-disrupting properties, according to the researchers. An endocrine disruptor (also known as xenohormones) is a synthetic chemical that when absorbed into the body either mimics or blocks hormones and interferes with the body’s normal functions. Pesticides and herbicides have been blamed for the declining sperm count over the last 50 years. Did you know that herbicides and pesticides are also made from petroleum, the same raw ingredient used to manufacture BPA?

In 2008, the U.S. Food and Drug Administration (FDA) clearly reported that BPA, a common chemical found in plastics 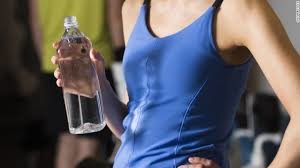 showed both risk to male and female fertility, as well as the growth of unborn foetuses and growing children. According to a major study released by the American Society for Reproductive Health, Bisphenol A can – and does – inhibit the embryos ability to attach to the uterine lining. This failure to implant causes an early onset miscarriage even before the patient knows she is pregnant. In addition, Dr. Luisine Aghajanova, claims that “BPA can interfere with the development of uterine cells and the way they change in preparation for possible pregnancy.” This can make it even more difficult for a woman to conceive.

Even more startling are reports that clearly show that BPA can keep cells from dividing properly, which could inhibit pregnancy; cause birth defects and developmental problems in children.

BPA’s have also been linked to PCOS, Recurrent Miscarriages and has shown to affect FSH levels in men as well. I also would not be surprised to hear that BPA’s may have the same DNA damaging effect on sperm health as well.

Exposure to BPA has also been linked to a variety of cancers, attention deficit disorder in both children and adults and even diabetes.

While BPA exposure can cause infertility among women, there is another concern amongst the fertility industry. It also seems to have a dramatic effect on how successful invitro-fertilization is. In one study nearly 93% of the women undergoing the treatment had measurable amounts of BPA in their systems as did 81% of their partners. This has led researchers to link a higher level of invitro-fertilization failures among this group than in groups with lower BPA level in their bloodstream.

Studies in mouse have also indicated that BPA levels alter the DNA of eggs, and a 2010 study in humans demonstrated BPA urinary concentrations to be inversely associated with the number of eggs retrieved during an IVF cycle. Despite the limited evidence, a cautious approach for women who are considering IVF treatment would be to reduce their exposure to BPA through modifications in lifestyle and diet.

This of course, has left new questions to be studied as to the effects of BPA and other chemicals found in plastics may have on both natural fertility and the ability to conceive using modern technological methods.

Although still being studied, the effect of plastics in everyday use on our fertility is causing alarm among the world’s fertility researchers. Until more is known about the phenomenon, many fertility specialists are urging their patients to avoid plastics as much as possible. To help decrease your risk of associated exposure, be sure to:

Can I use BPA free Plastics?

It commissioned two independent labs to test 35 children’s sippy cups, and found that nine models labeled as BPA-free yielded moderate to high levels of estrogenic activity, meaning they contained chemicals that mimicked natural estrogen. Which specific chemicals were causing the estrogenic activity wasn’t determined, but some don’t think that makes much of a difference. “If you went into a space with a [radiation detection device] and found radiation, would you stop to take additional time to find out where the radiation was coming from? It wouldn’t matter—you’d just want to get out,” says George Bittner, founder of CertiChem, an endocrine disruptor testing lab based in Austin, Texas, that examined the sippy cups.

But the controversy raises the question of how much we really know about the safety of any type of plastic. “Until we have some idea of what chemicals are added in all stages in making a final product, we will not be able to determine the safety of any plastic product,” says vom Saal. For now, sticking to leach-free materials like glass or stainless steel as much as possible seems to be your best bet.

Do You Get Difficulty Learning New Things? Warning: This May Be Amnesia!

Learn How Poor Quality Mattress Can Negatively Affect Your Health